chaosof99
March 2012 edited March 2012 in Manga/Comics
So in light of the size of the franchise, the fact that this forum is largely populated by geeks that grew up in the 80s and early 90s, I thought the TMNT deserved its own thread. So here it is to discuss all about it, including the announcement about the new Michael Bay produced film.

Speaking of which:
The Escapist : The Big Picture : Mutants and Masses


Generally, I don't have great hopes for it, but I'm open to surprised. If it even comes close to the 2007 animated film (which was actually pretty good), let alone the original live action film, I'd be very, very surprised.

What I'd really like is a really dark and gritty film, such as were the comics at the very beginning. Unfortunately, the only time we've really come close to this on any cinematic scale is the black and white universe at the very end of the Turtles Forever TV film.

At least the promo picture looks nice, though I'm not sure if it is directly associated with this film or if it is from a different property: 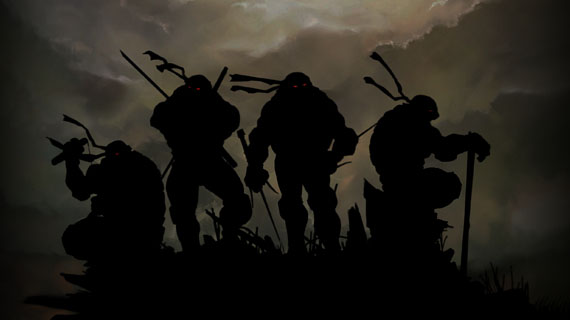 There is also a new animated TV series forthcoming this year, which I may watch. Considering the decent show that 4 Kids put together between 2003 and 2009, this could be pretty good.
Post edited by chaosof99 on March 2012
«12»