Victor Frost
May 2013 edited May 2013 in Conventions
Woo! Alright! It's almost here and I am excited. I'm already confirmed for three out of the eight panels I submitted.

1. My Little Pony: Sound is Magic
This panel gives a break down of some of the sound design techniques used in the show, as well as a history of sound in cinema and television.
Here is the video of when I did it last year at AX. I've since done it at Equestria LA and Anime LA, so I'll be revising it to include more material from Seasons 2 and 3. 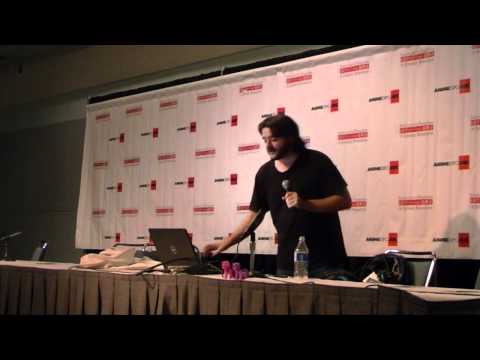 2. So You Want to Make an Audio Drama?
This is workshop takes the audience from start to finish in the process of making a short audio drama (1-2 minutes). The audience will help in three key stages: concept, script writing, and voice acting. It's designed to stand alone but is best when supplemented with "Sound is Magic". Along the way, they'll learn about sound design and sound design concepts in the cinema and television arts (diegesis, fidelity, Rhythm, etc...).

3. How to Survive Your First Convention!
Pretty self explanatory. I'll discuss:
SO. EXCITED.