Sail
August 2013 edited August 2013 in Video Games
Keiji Inafune and his company just launched a Kickstarter for a new game that is both a reaction to the cancellation of Legends 3 and an attempt at reclaiming his own property after leaving Capcom.

I definitely want to play this, but something feels weird. It's distinctly a Mega Man game, the characters look like Mega Man characters, the enemies look like Mega Man enemies, and the gameplay is totally Mega Man gameplay (maybe more Mega Man X than classic Mega Man) right down to gaining powers from defeating bosses. Even though the creator is only ripping off his own ideas, it still seems uncomfortably too similar. Like, the blonde girl character looks exactly like Roll and the robot dog looks exactly like Rush! It's like they haven't even made an attempt to disguise it or differentiate it from Mega Man. It seems like this could be a good thing or a very bad thing, I guess we'll find out which.

Luckily, at worst, we'll just get another Mega Man X game. The art is quite gorgeous, too. 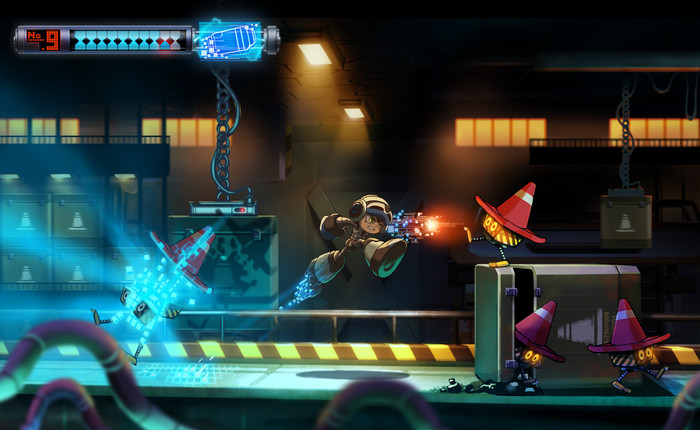