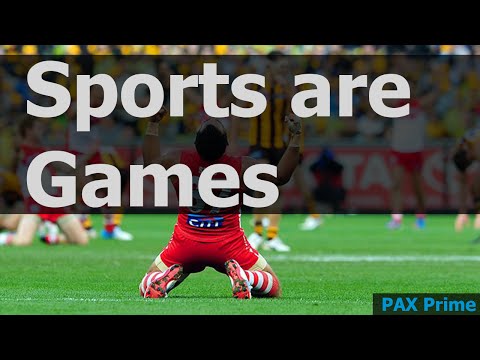 Gaming livestreams are some of the most popular television programs in the US. There are entire TV networks covering gaming that have existed for decades. Yet, many self-described gamers will eschew football and ice hockey as being somehow distinct from DOTA 2 and CounterStrike. We even like to use the term eSport to separate them from sports. Sports and eSports are fundamentally the same. American football is frighteningly like a distributed turn-based strategy game.