Scared Yet: A Discussion of Horror in Games 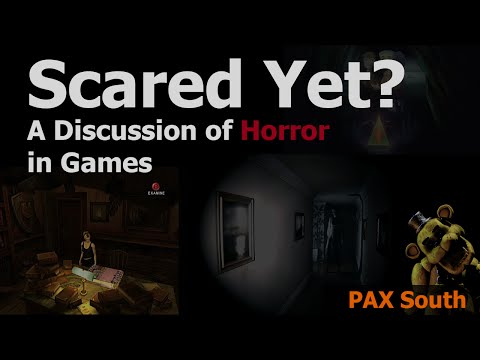 Scared Yet: A Discussion of Horror in Games
PAX South 2016


Rym appeared at PAX South 2016 alongside several smart people on a panel about horror in games, moderated by Kris Straub!

Jump scare! Kris Straub (Broodhollow, Candle Cove) and a panel of esteemed horror and video game enthusiasts hold an informal roundtable on where fear works best in gaming, and where it doesn't make the cut. Come for the frightening… stay for the enlightening! Nope, that was bad. Please delete that.