Terrorism in the Modern World

Rym
December 2014 edited December 2014 in News
A study published at fas.org essentially, among a wealth of other interesting data, shows that the far majority of all terrorist acts tracked in the world (in 2011) come specifically from Sunni Muslim extremists. 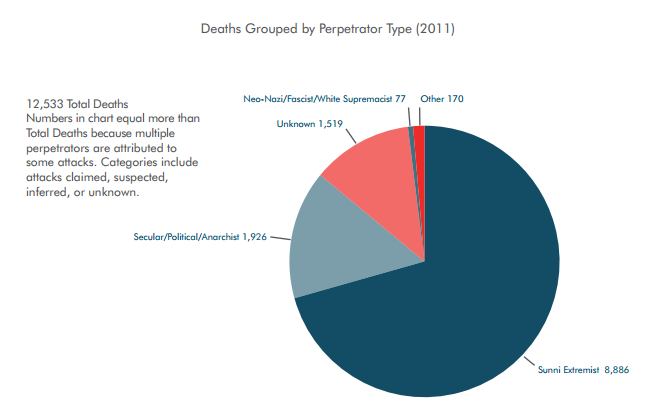 Muslims are also the far majority of victims of the same terror attacks.

2011, interestingly, saw the lowest number of terror attacks in the five year span ending in 2011.


Outside of the countries where these attacks are commonplace, there is been just in 2014 a rise in "activated" attacks by motivated but unconnected individuals, usually with a history or recent display of mental illness. The immediate response to this has been rhetorical at best (and indeed it may not warrant a response at all, considering the tiny probability of these attacks compared to the probabilities of dying in car accidents or other mundane circumstances). 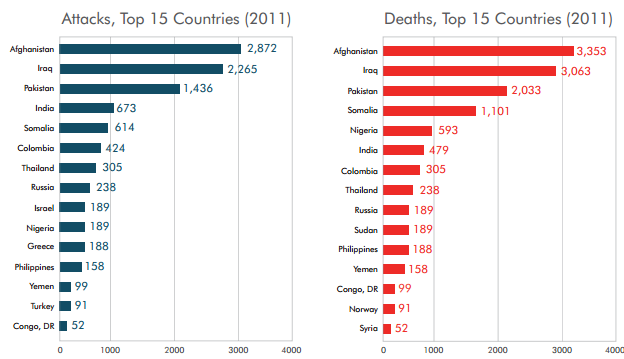 So, terrorism is real and deeply destabilizing, but at the same time primarily affects a very small number of countries. Meanwhile, people in, say, the United States seem increasingly terrified despite the clear lack of any statistically significant danger to them specifically.