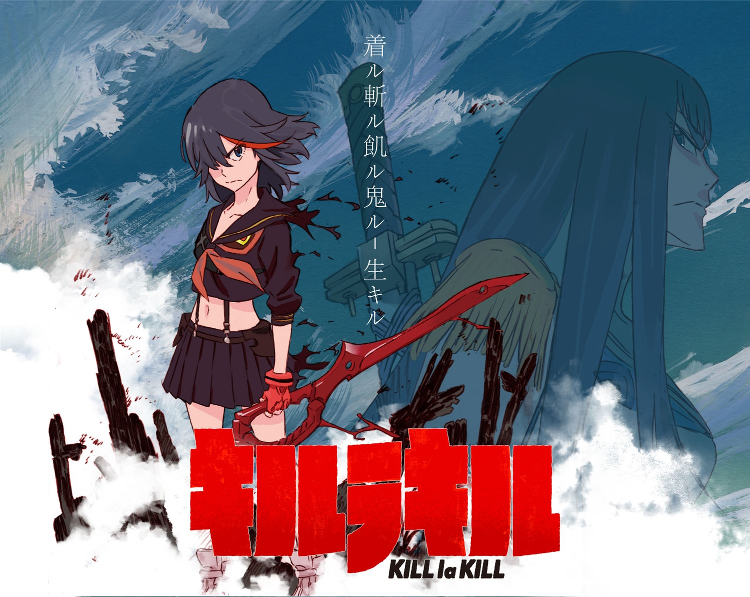 Kill la Kill is the new TV anime produced by the wunderkinds at Studio Trigger, the same folks who brought you Inferno Cop and Little WItch Academia, and is directed by Hiroyuki Imaishi.

Honnouji Academy, is a school where power and talent are everything. Ruled by the student council president Satsuki Kiryuuin, known as the "Steel Queen", who rules both the school and the city of Honnouji itself without mercy. The powerless are forced into slums and are forced to serve the talented and powerful.

Ryūko Matoi is a mysterious outsider wielding a colossal half-scissor blade who has come to Honnouji in search of its other half. She soonfinds herself embroiled in a conflict with the student council, who use strange Extreme School-Uniforms that grant incredible power. She is determined to defeat the Student Council President, believing that the Steel Queen has the answers she seeks. 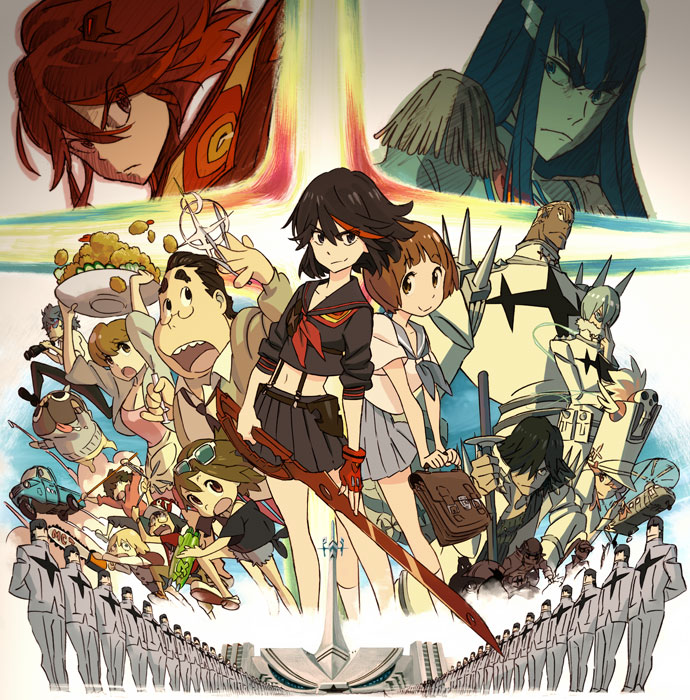 This show is amazing. Even with only two episodes out right now, I know this is gong to be one worth watching every week.
«1234567…10»